This might be good ideas from Baker Hughes to keep oil and gas people in the business during downturn. Read the full details below.

Houston-based Baker Hughes is cutting employee pay for many U.S. workers by 5 percent through a new furlough program to reduce costs and lessen the need for additional job reductions.

The pay cuts, which Baker Hughes described as temporary, will stretch from the pay period beginning Sept. 11 through the final paycheck of the year. In exchange for the pay cut, employees will get holidays on Oct. 10, Nov. 23, Dec. 23 and Dec. 28, according to an internal memo acquired by the Houston Chronicle.

The memo said the furlough program is designed to “help Baker Hughes reduce the need for additional layoffs and to achieve the cost savings needed to enable profitable growth.” Among those excluded from the pay cuts are some top executives and other global operations employees in the United States;  many employees in chemicals operations; some human resources workers; many sales people; and corporate security and information technology workers, among others. Most leadership is included in the furlough, according to the memo.

Baker Hughes spokeswoman Melanie Kania said in a prepared statement, “These efforts will allow us to lessen the need for additional workforce reductions while remaining focused on serving customers and maintaining safe, compliant operations.” 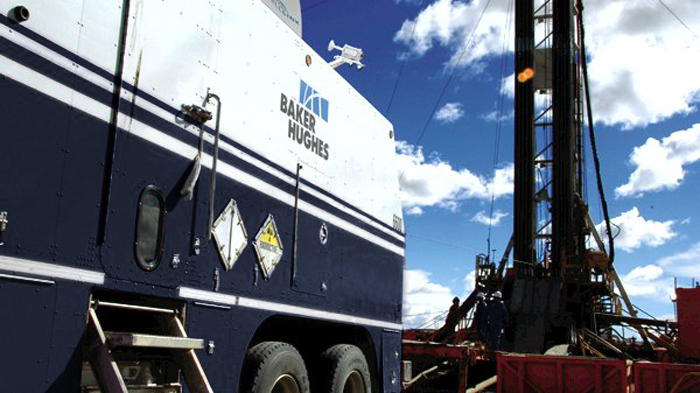 Baker Hughes, the world’s third largest energy services company, cut about 3,000 jobs in the second quarter, bringing the total jobs eliminated over the past 18 months to 26,000, including 23,000 through layoffs and and 3,000 via attrition. Baker Hughes previously eliminated 2,000 jobs in the first quarter and 18,000 last year. Baker Hughes employs about 36,000 people globally now, down from more than 62,000 employees before the oil bust began in late 2014. The last local headcount provided by Baker Hughes was about 5,700, but that was before the second-quarter cutbacks.

Baker Hughes, posted a second-quarter loss of more than $900 million despite receiving a $3.5 billion breakup fee check from Halliburton after the companies were unable to complete a merger in the face of opposition for U.S. antitrust officials. The companies merger agreement was allowed to expire at the end of April.

Like other energy services companies, Baker Hughes has been battered by the oil downturn. But unlike his counterparts, Baker Hughes CEO Martin Craighead sounded more pessimistic about the direction of the industry during a call with analysts at the end of July.

“I don’t subscribe to the hopeful commentary that gets thrown around a lot,” Craighead said at the time. “We don’t expect to see a meaningful recovery in the second half of the year.”

In the wake of the failed merger, Baker Hughes, is refocusing on technology and equipment sales, with the idea of putting fewer boots on the ground in the oil patch.

Back in May, the company said it planned to reduce its annual costs by $500 million by the end of the year. More recently, executives confirmed the third quarter of the year would see a strong focus on additional costs cutting.