The main components of a coiled tubing unit are;

A power pack unit provides hydraulic power to control and operate a coiled tubing unit and pressure control equipment. Generally, the power pack units have an independent electric or diesel power source which is designed to operate in Zone 1 and Zone 2 areas. 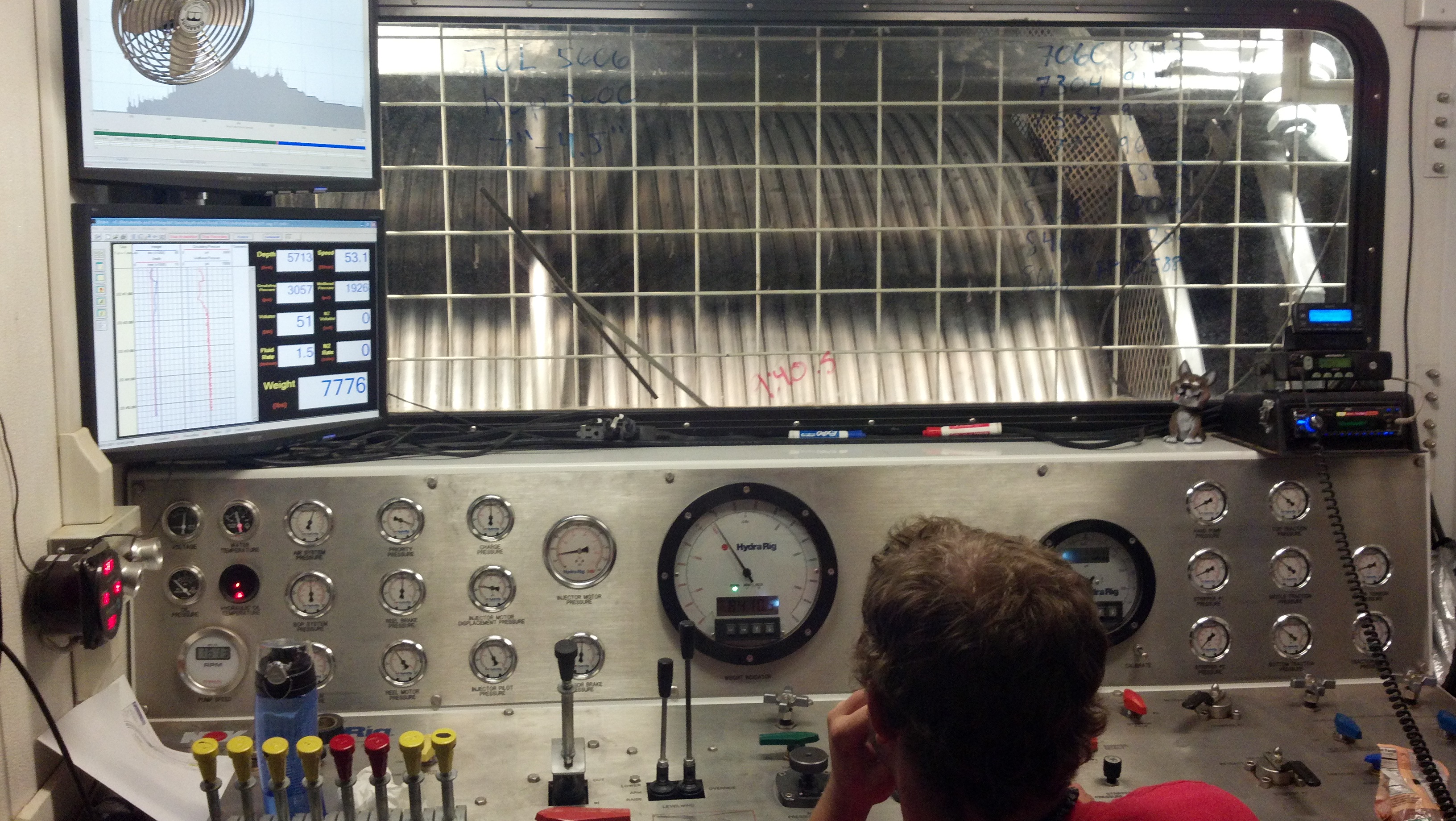 An injector head is one of the critical parts in a coiled tubing unit and it consists of several hydraulic systems that allow a coiled tubing unit to operate with a high degree of operational variability.  Its function is to supply pulling and pushing capacity required for running and retrieving a coiled turning in and out of a well. When working a live well, it is important to ensure that chain gripper blocks have adequate gripping power to overcome well head pressure force and the injector hydraulic pressure must initiate sufficient force to push a coiled tubing into a well against well bore pressure. A primary barrier is an initial barrier for pressure containment which is normally closed.

Tandem stripper assemblies, which are used together with a fixed stripper, provide a backup for a stripper when the primary stripper fails or wears out during a coiled tubing operation.

A secondary barrier is a mechanical normally open system and it is used when the primary barrier fails or becomes impaired.

A tertiary barrier is a mechanical normally open system and it will be used when a primary and a secondary barrier fails and the well integrity is badly impaired.

A coiled tubing blowout preventer provides secondary and tertiary barriers to back up the primary barrier system. The BOP is used to secure the coiled tubing and isolate the wellbore pressure during normal and emergency situations. The typical arrangement of a coiled tubing BOP consists of blind rams, shear rams, slip rams and pipe rams and the diagram for the BOP is shown in Figure 8.

From top to bottom, the BOP has the following rams:

Blind rams are designed to close and seal off a wellbore with no coiled tubing or any tools across the BOP.

Shear rams are designed to cut the coiled tubing in an emergency situation, but they don’t seal rams.

Slip rams are designed to close around the coiled tubing and hold the tubing string whether the well forces are acting up or down, but they don’t seal rams.

Pipe rams are designed to close around the coiled tubing and seal around an annulus area.