This is bad news ” Deepsea Aberdeen Sank at the DSME shipyard in South Korea on Saturday 28-Dec-13.

(Reuters) – A rig under construction at a Daewoo shipyard in South Korea, ordered by Norway’s Odfjell Drilling and intended for use by BP, sank on Saturday, a contractor who had staff working on board at the time of the accident told Reuters.

The incident was at a shipyard owned by Daewoo Shipbuilding and Marine Engineering off Geoje Island on the south coast.

“The rig has sunk and lies on the seabed by the quay. It is not submerged,” said Tor Henning Ramfjord, chief executive of National Oilwell Varco Norway.There were no immediate reports of injuries. It was unclear how many staff were on the rig, Deepsea Aberdeen, at the time of the accident.

The rig was to be used by BP for drilling at the Schiehallion and Loyal fields in British waters, BP said on its website.

Ramfjord said 38 employees of his company were on the rig at the time of the accident. All were safe, he said.

“Water seeped into the hull of a rig we ordered from DSME (Daewoo Shipbuilding and Marine Engineering) in South Korea. The hull is now at the bottom of the dock,” Odfjell Drilling spokesman Gisle Johanson told Norwegian public broadcaster NRK. All Odfjell Drilling employees were safe, he said.

A spokesman for Daewoo said there would be more information about the incident on Sunday morning, Korean time. 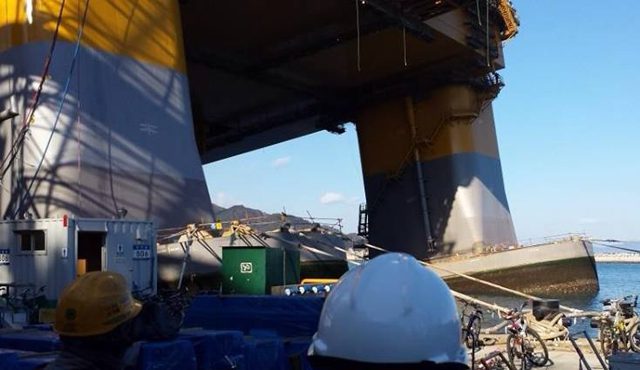 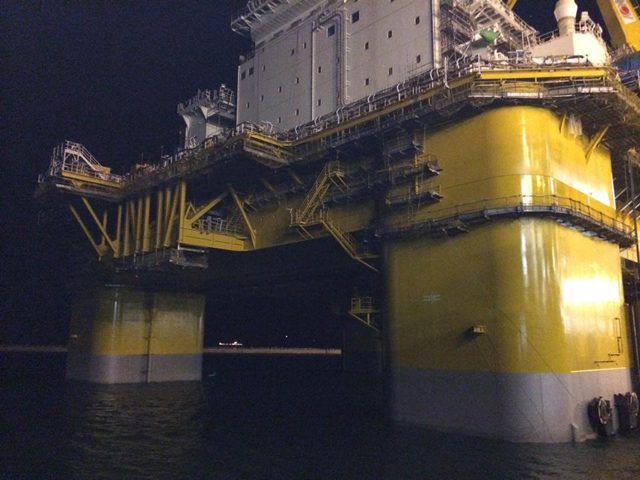