Currently, horizontal wells are widely drilled around the world because the production from the horizontal  wells is outperform normal vertical or deviated wells at the same location. The productivity of the well increases because of longer penetration into a pay zone and/or more intersection of reservoir fractures (see Figure 1) . 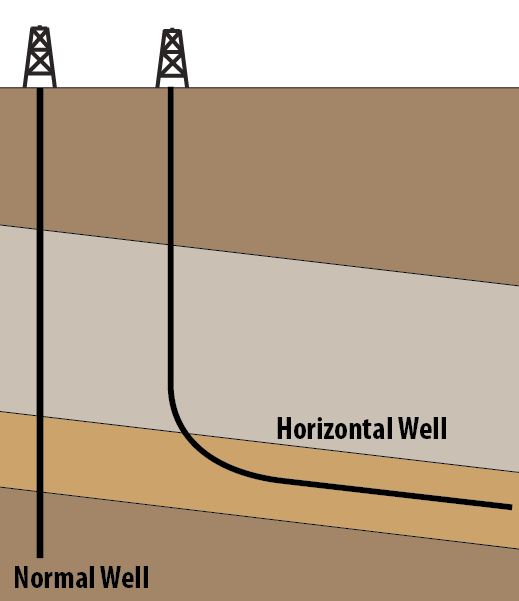 Figure 1: A normal well and a horizontal well 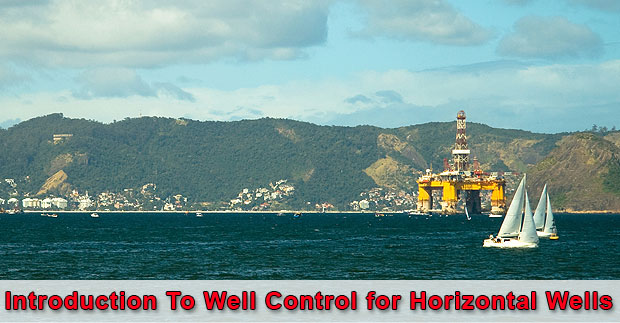 Driller’s method is a preferred method for horizontal well control because it does not require drill pipe pressure schedule. Personnel can start circulate the first circulation to remove kick and displace the well with kill weight fluid using the second circulation method. However, if Wait and Weight method is planned to used, personnel should use a well control kill sheet with horizontal well feature to simulate the profile. It is very difficult to determine drill pipe schedule because there are several factors associated with calculations as well bore profile, size of pipe, hole size, etc.

Performing the well control in the horizontal wells is similar to normal wells but you need to understand about the hydrostatic change when the gas kick moves from a horizontal section to a vertical section. This make casing pressure profile increase drastically when compared to vertical or deviated wells.

Kick detection in horizontal wells is quite similar to the detection in vertical and deviated wells. Personnel need to use three positive kick indicators (pit gain, flow when pump off and flow show increase) to determine the influx.  Typically, drilling horizontal well usually drills into one formation therefore without any change in drilling parameters you should not see any changes in ROP. Therefore, indications of change in formation as ROP, LWD, torque and drag are very helpful for early kick indication because the changes indicate that you are in new zone which may have difference in reservoir pressure.

In the horizontal hole section, it is very difficult to immediately detect the kick because the kick is at the same TVD level. You will notice the wellbore influx when it reaches the vertical part of the well. Additionally, if the kick is in the horizontal part, you will not see any change in casing pressure due to gas migration.  You will see drastically increase in casing pressure when the kick goes into the vertical part. Hence it is very critical that reliable measurement equipment on the rig is very critical for the horizontal well drilling. What’s more, personnel need to understand the physical changes of kick on each part on the well which we will discuss further in next topics.