Shape of the Earth and Geodetic Datums for Directional Drilling

Directional drilling relies on mapping system to accurately identify location of the wells. Therefore, it is very important to learn the basics of mapping and other relevant information. This topic is about Geodetic Datum.

The Earth is not a complete sphere shape but it is actually Oblate Spheroid (“Spheroid”). It means that the shape of the Earth is almost a sphere. It can be proven from the fact that the equatorial diameter (the longest diameter) is approximately 12,756 km and the diameter from the North Pole to the South Pole is approximately 12,714 km (Figure 1). Additionally, the Earth has a different attitude based on location. So, people developed a model to help describe the Earth, which is called “Geodetic Datums”.

Geodetic datums are the reference systems describing the size and shape of the Earth and the origin and orientation of the coordinate systems used to map the Earth. Aristotle, a Greek philosopher and scientist, is the first person who estimated the size of the Earth and nowadays there are hundreds of different datums used around the world by different industries. Modern geodetic datums range from simple flat Earth modes to complex models.

Different countries and organizations use different geodetic datums for their work in order to indentify positions. Therefore, it is extremely important to reference the correct geodetic system in order to get the correct position. Using different systems can cause position errors. With current positioning technology, the accuracy of position can be less than meter accuracy. The following are Geodetic Datums used.

Flat Earth Models are still used for plan survey where survey distance is short enough so that the Earth curvature is negligible (less than 10 km) (Figure 2).

The Spherical Earth Models describe the Earth shape with a sphere with specific radius. They do not truly represent the shape of the Earth, however, these models are frequently used for short range navigation and for global distance estimation. 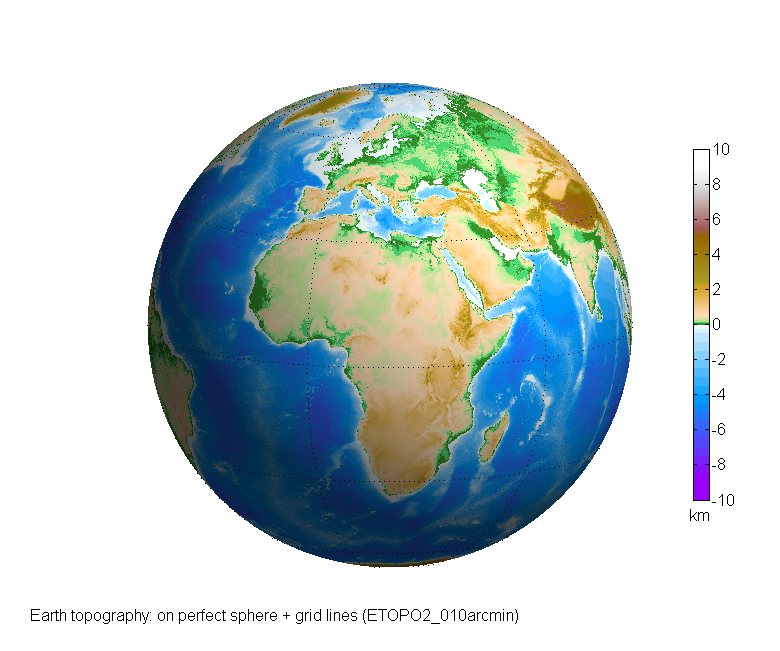