Petrobras P-36 – This incident cost several million us dollars and it’s worthy to learn from it. One of the biggest global floating semi-submersible oil platforms Petrobras 36 (P-36), which was owned by Petrobras, an oil company in Brazil with its base of operations at Rio De Janeiro was destroyed after 20th March 2011 when it sunk. The platform was then approximately valued at US$350 million. Its current value is US$466 million. Constructed and erected as a drilling rig in the year 1995, at the Fincantieri shipyard (Genoa, Italy), was owned by SocietàArmamentoNaviAppoggioS.p.A. The rig, which was a good 33,000 tonnes was transformed to the biggest global oil production platform by Davie Industry, Levis, Canada. P-36, which was functioning for Petrobras, about 130 kms off the coast of Brazil on the Roncador Oil Field daily generated approximately 84,000 barrels (13,400 m3) of crude oil. P-36 was substituted by a chartered vessel from SBM Offshore, FPSO-Brasil, which is in a lease contract with Petrobras since Dec 2002. 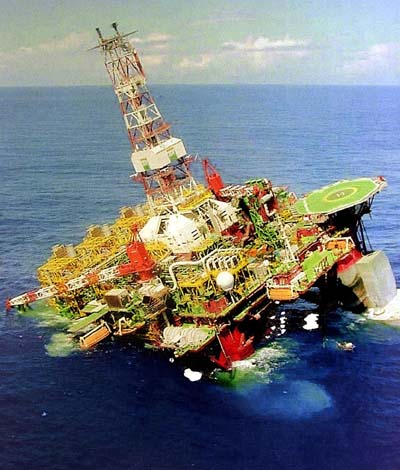