The Transit Mode occurs when a Jack Up Unit is being transported from one location to another. The unit could either be afloat on its own hull (known as a “wet tow”), or be carried as cargo aboard another vessel (a “dry tow”). Each of these modes will be described in detail below.

In terms of preparation for each transit mode, the main areas that need to be dealt with are the leg support, hull support, the watertight integrity of the unit in general, and properly securing all cargo and equipment so that it does not shift during transit. The units legs will need to be raised so that they do not come into contact with the seabed, but they do not need to be fully retracted in most cases. By keeping parts of the legs lower than the hull baseline, the jacking time is reduced, and leg inertia loads are reduced due to tow motions and stability is increased thanks to lessened wind overturning. In addition, slightly lowering the legs can help to improve the hydrodynamic flow around the open leg wells and reduce tow resistance. Regardless of the exact position of the legs during towing, it is essential to check their structure at the leg/hull interface, to ensure that they are able to withstand the gravity and inertial loads experienced during the tow.

A “Field Tow” takes place when the Jack Up unit is being transported afloat on its own hull, with the legs raised, and where it is only being transported a fairly short distance to its new location. Since this move is only a short distance, it is easy to predict the weather and sea state during the tow. This means that the preparation for a Field Tow is usually less intense than for a longer tow. Field Tows do not last longer than 12 hours, and need to satisfy particular requirements with regards to motion criteria. This criteria, which is expressed as a roll/pitch magnitude during a certain period, limits the inertial loads on both the legs and the leg support mechanism.

This article describes basic data with regard to the jack up rig elevation system, guides, pinion chord and leg fixation.

Firstly, let start with the jacking system , to lift and lower the hull, every Jack Up will have a special mechanism and the most basic of these is called ‘pin and hole’ (Figure 1); discrete leg positions will be used for the positioning of the hull. In the market today though, most Jack Ups will use a ‘rack and pinion’ (Figure 2) system to allow for continuous operation. 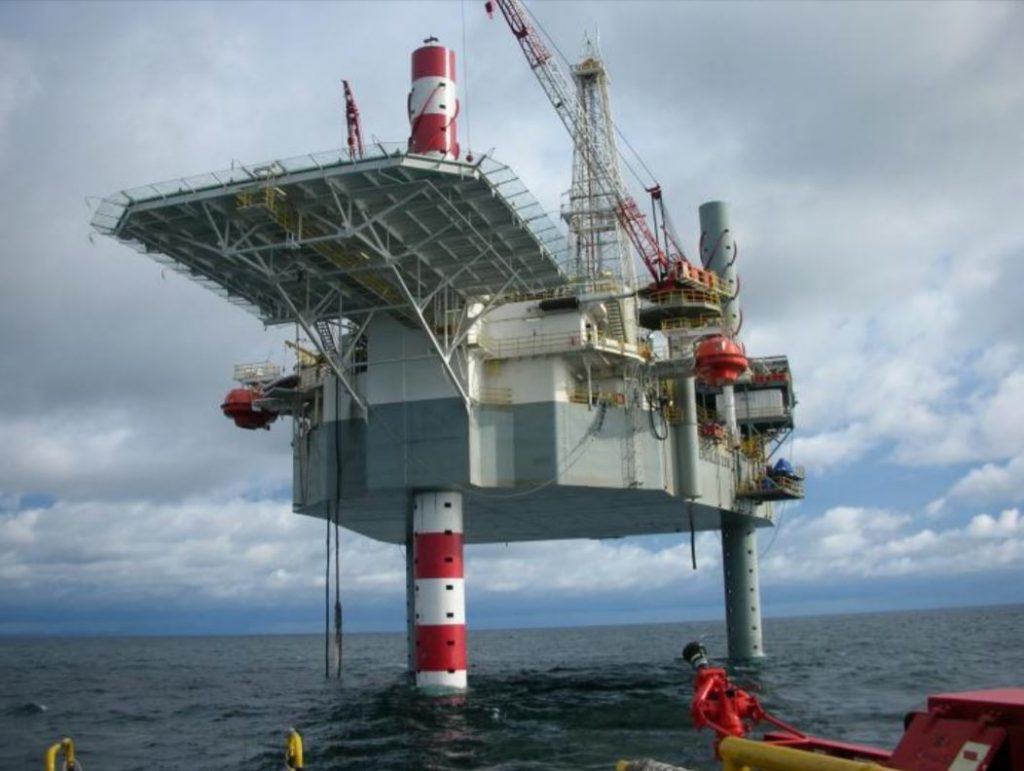 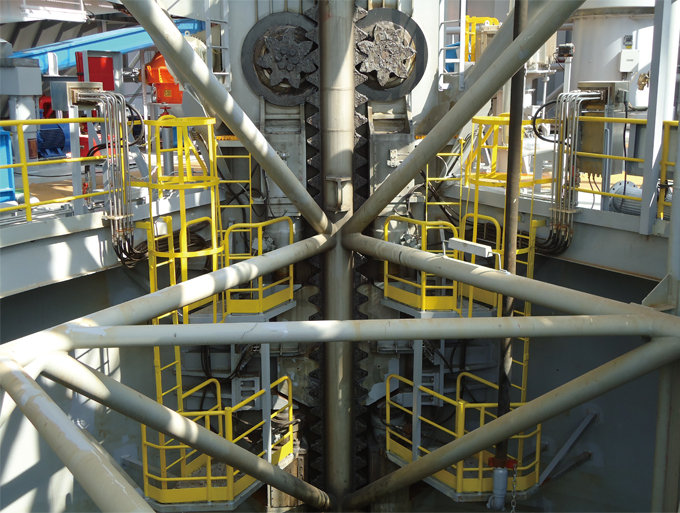 Since the hull needs to stay above the storm wave crest, withstand certain pressures, and transmit different loads between the footing and hull, every Jack Up unit will have legs of some sort. Similar to the footings, there are two different types in trussed legs and cylindrical legs.

Cylindrical legs can vary slightly but the basic premise involves hollow steel tubes. However, some units will have internal stiffening and others may have rack teeth or small holes to allow the hull to move up and down the legs. Generally, these cylindrical legs are used on units that stay shallower than 300 feet of water depth. With the newer units that are designed to work in environment deeper than 300 feet, they tend to use trussed legs and this is because trussed legs require less steel for the same resistance and same elevated response. 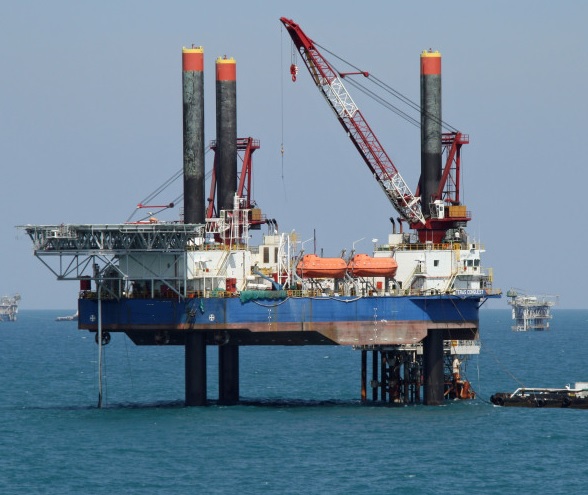 Jack up units have footings to increase bearing area of each leg. This will result in reduction of load capacity of soil to deliver a firm foundation for a jack up rig to stand and transfer weight to the sea floor . With two different types of footing, spud cans and mats, it is important to know the main differences that exist.

A Jack Up is a type of offshore drilling rigs. It is made up of a hull, legs, and a lifting system and a jack up rig can be towed to the offshore site, and then lower its legs into the seabed to lift up the hull, providing a stable work deck which is strong enough to cope with the required environmental loads.

Another advantage of Jack Up rigs is that they can operate in high wind speeds and with significant wave heights, as well as in water depths reaching 500 feet. Since the Jack Up will be ultimately supported by the seabed, they are usually preloaded upon arrival at the intended site to simulate the kind of leg loads that they will be exposed to. This ensures that once the rig is fully jacked up and in operation, the seabed will be able to provide a strong foundation for the rig. 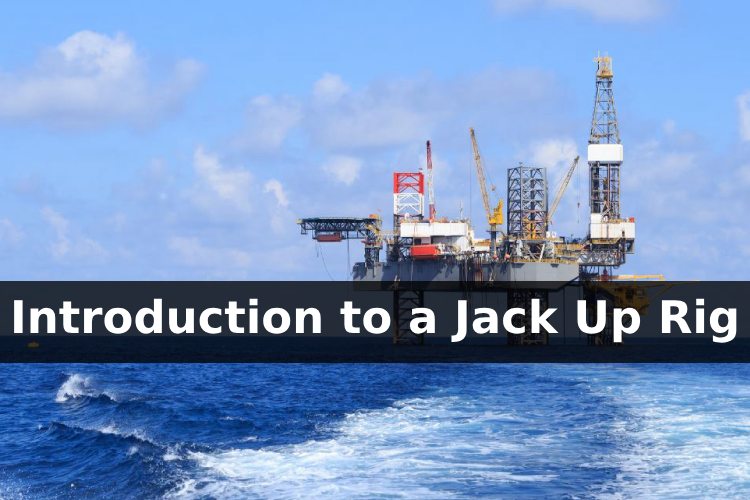 The offshore industry has made significant use of Jack Up rigs for over 60 years now. They are especially useful for exploration drilling since they are relatively easy to set up, and also provide ample production, accommodation, and maintenance areas. Over the years, Jack Ups have been pushed to their limits in terms of what they can do. This includes their deck load carrying limits both when afloat and when elevated, their environmental and drilling limits, and the soil, or foundation, limits. By pushing these limits, drilling companies have been able to explore deeper waters, drill deep reservoirs in harsh conditions, and even drill in areas with unstable soils and foundations. Continue reading →