The primary migration is when petroleum comes out of source rocks. The mechanisms behind the expulsion of hydrocarbons from source rocks into reservoir rocks are not clearly understood. There are several questions which nobody can clearly answer as (AAPG Wiki, 2015);

Figure 1 shows the diagram of a primary and secondary migration.

Secondary migration is the movement of hydrocarbon through reservoir rocks such as limestones and sandstones which are permeable. Hydrocarbon can travel through these rock as distinct phases in the upwards direction where there is a decrease in hydrostatic pressure.

Three forces relating to how hydrocarbons move in porous rocks are a gravity force, a buoyancy force and a capillary force. In order for hydrocarbons to migrate, the buoyancy force must overcome gravity and capillary pressure. Hydrocarbons will naturally flow through reservoir rocks until they are stopped by impermeable structures. Then they begin to accumulate. If there is no trap, hydrocarbon will reach surface and this is called “oil seepage.”

Hydrocarbons accumulating in reservoirs will separate as layer sequences – gas on top, oil in the middle and water at the bottom (Figure 2). 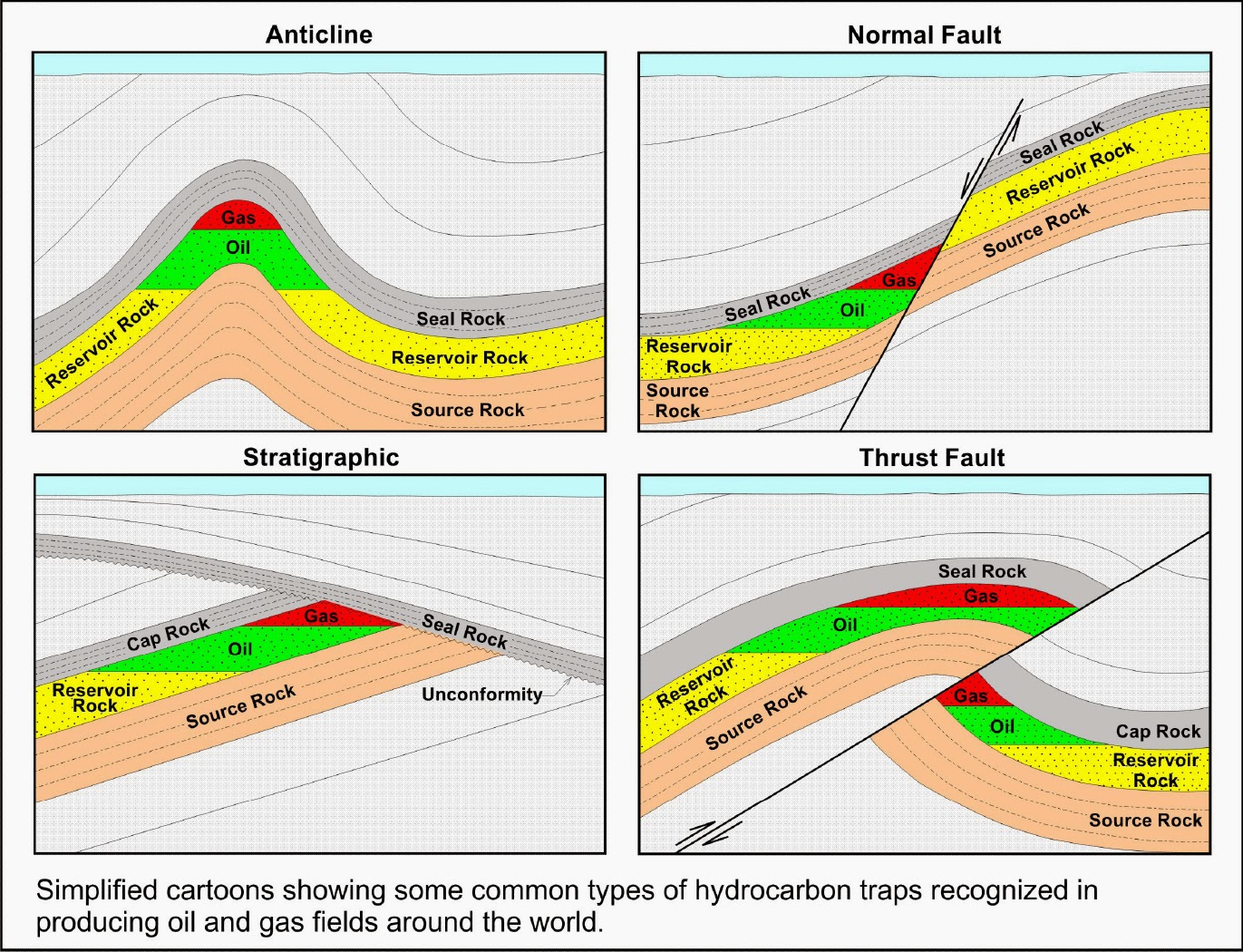